A New Incubator to Develop Actionable Ideas for NYC

As recently reported, a new cutting-edge thinking tank called the 5Boro Institute was recently formed by civic and business leaders including former Lieutenant Governor Richard Ravitch. The group has close ties to Mayor Adams, and its purpose is to promote new and actionable ideas to improve the city by advancing responsible, equitable and creative solutions […]

Since the beginning of the pandemic, many companies including professional firms have been sitting with significant amounts of unused office space. If you have been receiving our emails you are likely aware that Wharton Property Advisors has extensive experience in all facets of the niche market for office subleasing transactions and in […]

In our last newsletter, we suggested that office employees follow Mayor Adams’ advice and take the subway to work. In light of the recent tragedy in which a Goldman Sachs employee was killed on the Q train, I’d like to supplement my thoughts.

Obviously, in this city of 8 million people there […]

While we often comment on broader trends in real estate and the NYC economy, it is also important to go back to basics from time to time. As everyone is aware, the effects of inflation are being felt in both our business and consumer lives. Commercial real estate is no exception due to increased […] 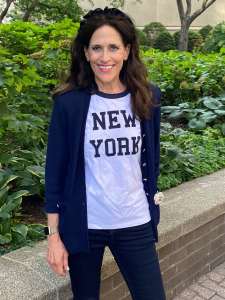 How has the pandemic affected the different sectors of the NYC office market? As you may note from the below grid, there is a widening gulf between the top-class A buildings and lesser performing class B buildings.

For much of the pandemic, it was all the rage to declare the demise of New York City as many successful business people were decamping to Florida and Texas due to their pro-business policies and lack of state income and estate taxes. In contrast, New York was deemed to be an outdated relic.

Steve Cuozzo was first to report that the video-sharing platform clipping at the heels of Twitter, Instagram, SnapChat and Facebook has signed a 10-year-lease for 232,000 s/f at One Five One, Durst’s 48-story tower formerly known as Four Times Square.

The world is turning on its head (Lease Renegotiation Upcoming)

As we all know, our personal worlds and the business world are changing with head-spinning speed. Some businesses will see the opportunity, but the vast majority will be adversely affected. All will need to adapt to the new reality and find their footing quickly. Accordingly, before the scourge is over every business will […]